Charlotte Laws is an Agent of Change: An Astrological Perspective

The stars have spoken when it comes to TV star, Charlotte Laws, who was voted one of the 30 fiercest women in the world and has authored the memoir, Rebel in High Heels. In other words, Laws’ astrological chart explains why she was able to transform into a real life James Bond and obliterate Hunter Moore, the most hated man on the internet. Thanks to an investigation by Laws and the FBI, Moore was arrested for online crimes and will soon be headed to prison.

Rebel in High Heels tells an intriguing story about overcoming life’s obstacles (i.e. Laws’ mother’s suicide, her brother’s death, widespread racism within her community) and bringing down Moore. I found this book to be exciting, funny, edgy, suspenseful, romantic and entertaining. But this is not a book review so much as an analysis of Laws’ chart since I have been a professional astrologer for the past 15 years. 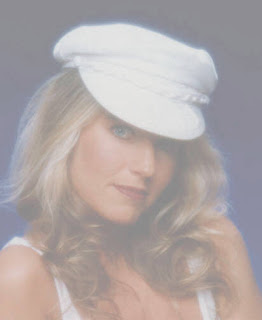 Laws is a natural agent of change due to her Sun square Uranus. Her vital self-expression and identity (Sun) hinges on creating change, breaking through, getting away from the old order, bringing in the new, being ahead of her time (Uranus). One of Laws’ main missions in life is to wake up humanity.

Rebel in High Heels also details Laws’ amazing, three year relationship with singer and sex symbol, Tom Jones, whom she wanted to date for a full ten years before she made it happen. With her Venus (intimacy, social relatedness, companionship) in opposition to Neptune (fantasy, dreams, idealization) Laws literally manifested her ideal romantic situation. 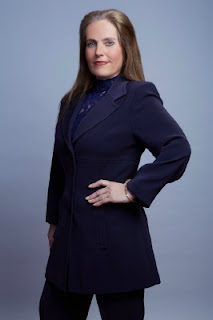 Laws also has Uranus quincunx Saturn. This means she may be motivated to develop a skill set in rebelling (Uranus) against the existing order (Saturn). Conformity, status quo and existing structures point to a problem that she needs to solve (quincunx). She brings in her radical ideas and enlightened viewpoint. She wants to free people from outmoded ways, liberate, progress, shock, shatter, rebel and agitate. She worries extensively about these things. However, this worry leads to her develop skills in order to be a reformer in these areas. With Uranus on her mid-heaven, the public may see her as radical and eccentric. She is focused on Uranian ideals of altruism and humanitarianism.

Laws also has Mercury square Uranus, which means she likes to shock (Uranus) people with her words (Mercury). This is something a reader of Rebel in High Heels may experience. She can shock people into thinking in a new way. She can destabilize people’s mental processes and free them from outmoded beliefs. Her objectives and revolutionary insights help open minds, bring about a broader viewpoint. Laws imparts the idea that everyone is part of the same global family, and that it is important to work together for the good of whole, including animals.

Despite the Uranian shocks that come from Laws’ communication, she is also Sun, Venus and Mercury all conjunct in Taurus. This makes her memoir a sensual pleasure (Taurus) to read (Mercury). She writes in a delicious and luxurious manner. It is soothing and satisfying to devour her words. It is inviting, earthy and comforting. Reading her book is like eating a bowl of ice cream.

Laws has Moon in Sagittarius. The Moon is how we care for others. Laws cares (Moon) by sharing her truth and wisdom (Sagittarius). She nurtures others by teaching them and advising them. She also has Scorpio rising, which manifests in her “smart talent,” which is essentially defined in her book as “out-of-the-box thinking.” “Smart talent” allows Laws to see around restrictive rules and make strides that others can only dream about. 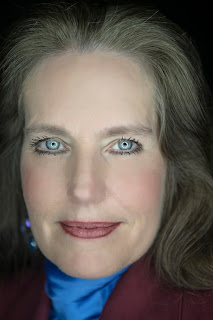 Laws also has Neptune on her ascendant, which explains why she is a shape-shifter and able to meld into a crowd unnoticed. She has been able to crash hundreds of VIP events to meet with Presidents, movie stars and business moguls (as discussed in her book). Plus, Laws is listed as one of the 15 most notorious party crashers in the world, a fitting title for her, astrologically speaking. The rising sign is a person’s survival mechanism. Laws likes to watch, observe, penetrate into, and delve into situations (Scorpio), and this is especially evident in her initial actions and the image she projects (ascendant).

As for the future, I predict Laws will continue to fight for justice and protect those who have been wounded, violated and victimized. She will demonstrate competence when it comes to helping others break free of existing structures and orders. She will introduce society to more enlightened ways of being and continue to be an agent of change.

Article by Sibylla Parselle
Sibylla Parselle has been studying the human psyche through the use of the astrological model for over three decades. Her passion is helping people to become more enlightened and aware of themselves. Her website is www.astrologicalconsulting.com
Posted by West Wells Press & Astrology News at 4:40 PM No comments: